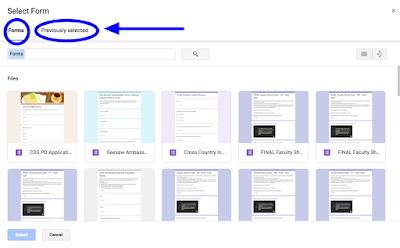 I opened up Google Sites and found some new features that are very good improvements. The first one is templates! Yes, now you can pick a template to get your Site started and they have ones that are for education. Great improvement, Google. Thank you! The other really cool new feature is the ability to make an announcement banner. Look for this feature in the Settings menu. Great new features that move Google Sites to becoming much more user friendly. 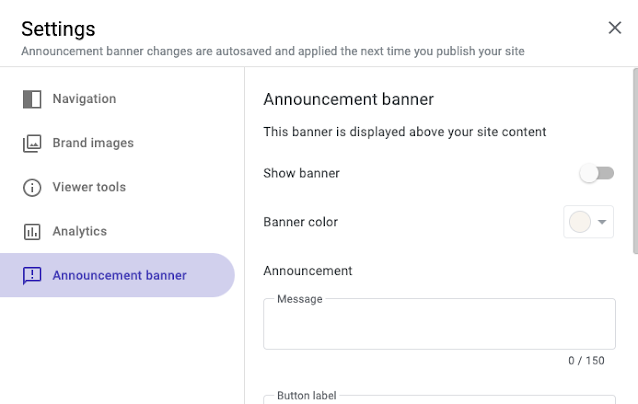 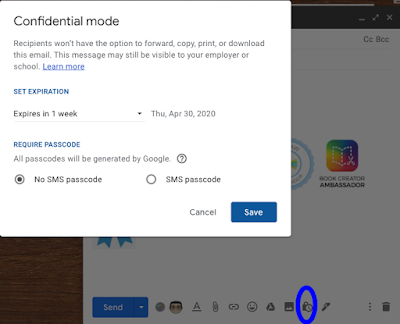 You now have a Confidential mode in your Gmail account. On your toolbar it appears as a small padlock. It allows you to set and expiration date for an email and you can require a passcode to unlock it. Pretty cool! There is also a way to control your signature with the email interface. The pen on the toolbar allows you to turn your signature on or off for an email. But there is more! In the upper right-hand side of your email, you also have buttons to create or join a Meet within your email account. And finally, when you are in an email, there is a button to create a task directly from the email. Super cool new features. Thanks Google! 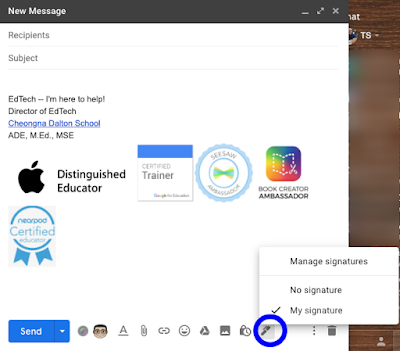 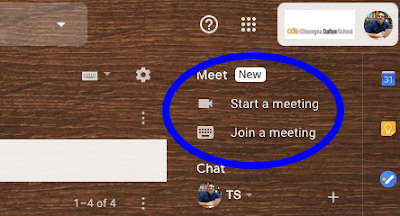 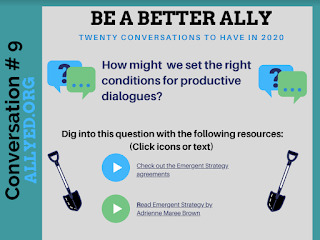 Conversation #9 How might we set the right conditions for productive dialogues?

There are some really good ideas for making the right conditions for productive dialogue at the emergent strategy group agreements post. The concept of setting the right conditions is to make sure that everyone is heard and respected in a discussion. One of the big ones on the list that is super important in my mind is confidentiality. I never want to share someone else's story, but I can take away valuable lessons from a conversation without violating the other person's confidentiality. People need to feel safe and confidentiality helps them feel that way. Another big one on the list for me is being open to learning. You don't have to agree with someone in order to learn something from them. Some of the best lessons I've learned in my life came from people I don't see eye-to-eye with, but by being open to learning -- the conversation was still productive and I understood the other person's perspective better, which led to easier communication with that person later. Assuming best intentions is another very helpful approach. It is easy to get upset or offended, but even when that happens, you can still assume that the person isn't trying to be insulting intentionally (although if someone is being insulting intentionally that is a different matter). Often times people don't realize that they are being offensive or insensitive and if you can approach them without being upset, you can often teach them something. It isn't easy, but it can be done. I watched Get Out with my mother and had some very good dialogue about the messages in the movie. The movie wasn't comfortable for her to watch, but me being open to not getting offended by her thoughts allowed me to point out some very important cultural norms that need changing.
Posted by TS Bray at 9:13 AM No comments: 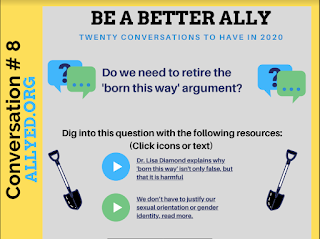 Conversation #8 -- Do we need to retire the "born this way" argument?

I'm a few conversations behind due to the stress and pressure of getting online learning up and running at my school. It feels like things have gotten into a groove and the days are less about putting out fires now, so now it is time to get back into doing this work. I should disclaimer this post with a serious note about my own gender and sexuality -- I'm a straight man. I don't want anyone to think that I speak for anyone but myself on this topic and I know that I have serious blind spots with regard to the topic of LGBTQ rights. So the question posed this time is "Do we need to retire the "born this way argument?" I can totally understand the reasons for why people would want to move pass this argument, but for many people sexuality is more fluid and can change over time. One of my friends from college was dating one of my high school friends, she considered herself straight. Years later her partner was a woman. People change; they evolve; they grow. My fear is that although the number of people who are accepting and tolerant of LGBTQ is growing, there are still many who are not. Retiring the born this way argument, could give those people as easier path for being intolerant. If you believe that someone is born that way, it makes it more difficult to be against them, because they can't help themselves -- that is just who they are. I think the same logic can apply to people changing -- this is simply who this person is now -- but many people will have problems accepting that concept. Ugh. I really don't feel that LGBTQ people should have to justify their sexuality, even when that sexuality may have changed over time, but we all know it will be a hard fight. I enjoyed the article by Cassie Sheets where she explains why the born this way argument is a false concept. Her points are all valid and I 100% agree. I suppose the old "haters gonna hate" is a simple fact of life. As a society, we need to start understanding that people don't fit one type or mold and we need to be open to people changing. I mean, people change political parties, careers, religions, why would we think that sexuality wouldn't also change? Allow people to be who they want to be. Period.
Posted by TS Bray at 10:44 AM No comments: